At a White House event last week, President Donald J. Trump put his full support behind the First Step Act, praising members of “both parties for ‘pouring their hearts’ into the compromise,” The New York Times editorial board writes.

President Trump “wants to make progress on critical issues that enjoy broad support. Lawmakers from both parties should follow suit.”

In USA Today, Senior Advisor to the President Jared Kushner and Council of Economic Advisers Member Tomas Philipson write that “the bipartisan reforms supported by the president are an important broad-based approach that will, hopefully, benefit not only prisoners, but also the American public . . . Through our efforts to break the cycle of crime and reduce recidivism, we can assist more people to contribute to our society rather than be a burden to our great country.” 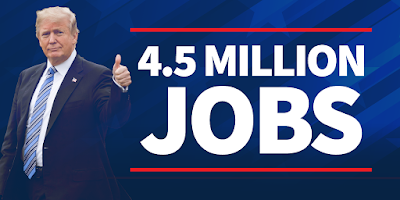 The Wall Street Journal editorial board says that Congress should seize this opportunity for meaningful criminal justice reform. “The broader goal is to reduce recidivism, and the model is Texas, which implemented some of the same reforms like assessing how risky a prisoner is to society. Both violent crime and incarceration rates are falling in the Lone Star State, and Indiana, Kentucky and Mississippi are trying similar reforms.”

“President Trump toured the devastation caused by the deadliest and most destructive wildfire in California’s history and said he would press for better forest management to prevent future infernos,” Vivian Salama reports for The Wall Street Journal. “Speaking to reporters alongside the ashes of a neighborhood in Paradise, Calif., Mr. Trump hailed the efforts of law-enforcement officials and first responders who continue to work to contain the blaze and help victims.”

“California Gov. Jerry Brown (D) said Sunday that President Trump . . . told him that he has California's back as it deals with deadly wildfires,” Megan Keller writes in The Hill. “The president not only has signed a presidential declaration giving California substantial funding, but he said and pledged very specifically to — to continue to help us,” Governor Brown said.
at November 19, 2018