Deal or No Deal!

Saturday that it had struck a deal with the White House to keep asylum-seekers in the country while their claims move through U.S. immigration courts, just hours after President Trump again threatened to close the entire southern border if no deal could be reached between the two counties.
The development comes as Fox News has confirmed through an organizer for Pueblo Sin Fronteras, the group helping organize the leading Central American migrant caravan, that members of the caravan are expected to march peacefully to the point of entry at San Ysidro, Calif., on Sunday at 12 p.m. ET. 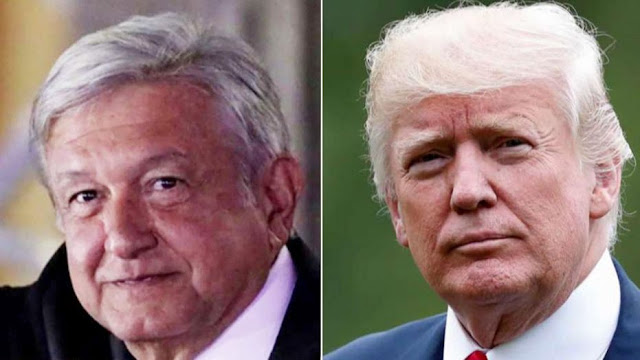 The marchers are expected to head out from the stadium, where many have been staying, and attempt to cross the border in a major test for both U.S. border authorities and Mexican officials. On Saturday, the first episode of caravan-related violence directed at U.S. authorities was reported by U.S. Border Patrol in Arizona, as a 31-year-old Honduran man who apparently split off from the caravan threw rocks at agents and a helicopter after setting a tree on fire.

The prospective deal between the U.S. and Mexico was seen as a way to dissuade thousands of Central American migrants from seeking asylum in the U.S., a process that can take years. The legal bar for claiming asylum is high and generally requires applicants to show a specific risk of persecution based on factors such as race, nationality, politics or religion.

Trump administration officials have characterized the vast majority of asylum claims as fraudulent or legally insufficient, and have taken steps to reduce the backlog of asylum claims that they say are often used by migrants to gain entry into the U.S. and disappear into the country as their claims are adjudicated.
at November 26, 2018