“With President Trump leading the way, the push is on to get serious criminal justice reform done by Christmas. Resisters on the left and right would be fools to stand in the way,” the New York Post editorial board writes.

Earlier this week, President Trump called on Congress to pass the FIRST STEP Act, which would fund educational and vocational training programs in U.S. prisons while easing certain mandatory-minimum sentencing rules. “Trump has it right: “We’re all better off when former inmates can receive [a second chance] and re-enter society as law-abiding, productive citizens,” the Post’s editors write.

“President Trump will award the Presidential Medal of Freedom on Friday to seven recipients, including a trio of former professional athletes,” Tom Joyce reports for the Washington Examiner. The Medal of Freedom is awarded to “individuals who have made especially meritorious contributions to the security or national interests of the United States, to world peace, or to cultural or other significant public or private endeavors.” Joyce’s view: “It is fair to say this year’s recipients have done just that.” 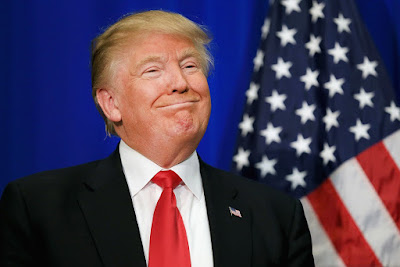 A stronger Middle East “is an American national interest, and the Trump administration would like our friends to be working together on security and prosperity for the region, including Israel and its neighbors,” White House Special Representative for International Negotiations Jason Greenblatt writes in The Hill. “All of these efforts are not meant to leave the Palestinians behind; on the contrary, they will help pave the path to a possible peace agreement between the Israelis and Palestinians.”
“President Trump is expected to travel to California over the weekend amid the wildfires that have ravaged both ends of the state,” Elizabeth Zwirz reports for Fox News. “I just approved an expedited request for a Major Disaster Declaration for the State of California,” the President tweeted early this week. “Wanted to respond quickly in order to alleviate some of the incredible suffering going on. I am with you all the way. God Bless all of the victims and families affected.”
In the Washington Examiner, Anna Giaritelli reports that the Trump Administration has given the green light for $324 million to replace 32 miles of existing border wall in Arizona. “The replacement wall is meant to keep pedestrians and vehicles from entering the U.S. Older barriers were largely to prevent cars from driving over, but were only a few feet tall and did little to keep people from trespassing from Mexico.”
at November 21, 2018