The Navy sends a carrier back to Russia’s Arctic haunts

By: Geoff Ziezulewicz and David B. Larter 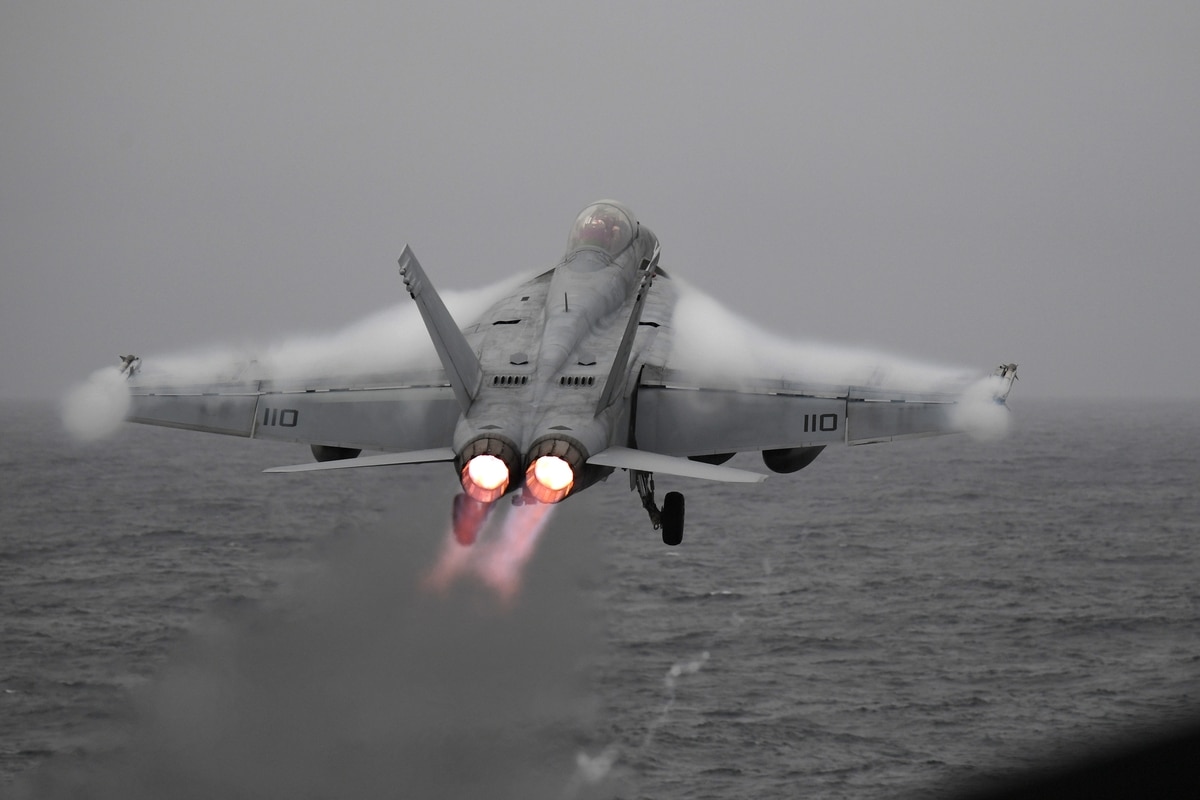 Brrrr! An F/A-18F Super Hornet launches from the aircraft carrier Harry S. Truman Friday in the chilly Norwegian Sea. The carrier is the first of its ilk to enter the Arctic Circle in nearly 30 years. (Navy)

Navy carrier aviation is back in the Arctic Circle for the first time in nearly 30 years, the latest sign that the Pentagon is looking to flex its muscles during an era of great power competition.

The Harry S. Truman entered the Norwegian Sea on Friday, the first flattop to do so since September 1991, according to a U.S. 6th Fleet press release.

The carrier and select escorts from its strike group are preparing to participate in a massive NATO exercise straddling late October and early November, but they arrived Friday in fast-thawing northern waters in the wake of warnings from the Navy’s top officer about rising Russian activities there.

The Truman’s path on Friday was across what strategists call the “GIUK Gap,” waters around Greenland, Iceland and the United Kingdom considered vital if American warship must rush to Europe to aid allies.

It’s also a key route for Russian submarines slipping into the North Atlantic.

On Aug. 24, the Navy re-established the 2nd Fleet, a stalwart force during the Cold War, to patrol the Atlantic Ocean, including northern climes.

The Arctic panel at the Navy League’s Sea-Air-Space exposition comes at a time when the sea ice on top of the world continues to retreat, presenting billions of dollars in new economic potential that is surfacing alongside new environmental and security challenges.
By: Geoff Ziezulewicz

Sending the Truman and her escorts there is more than a show of force, Goure said. It’s about reacquainting a new generation of officers and sailors with what could become a maritime battlefield.

“I’d wager that the carrier strike group command has never participated in this kind of exercise in that area, and if he has it hasn’t been since he was an ensign,” Goure said.

Goure predicted these deployments likely will become the norm.

Chief of Naval Operations Adm. John Richardson warned this summer that Chinese ships are regularly underway in the nearby North Atlantic, and that Russia’s subs have been this active in those waters in a quarter century.

“Even five years ago, we wouldn’t have seen anything like this,” he told Voice of America.

Back to the future with 2nd Fleet

Vice Adm. Andrew L. "Woody" Lewis took the helm of the 2nd Fleet in a Friday ceremony aboard a carrier tied up to a pier at Naval Station Norfolk.
By: Mark D. Faram

The Truman’s arrival in the Arctic this week marks the first carrier to operate in the area since the now-retired America in September 1991.

“Despite the arduous weather and sea conditions, these men and women are demonstrating this ship can bring a full spectrum of capabilities to bear anywhere in the world,” Capt. Nick Dienna, the Truman’s commanding officer, said in a Navy release.

The Truman strike group will conduct air, surface and underwater exercises in the rough seas, freezing temperatures and relentless winds before joining 30 NATO allies for the massive Trident Juncture maneuvers.

The exercise will take place in Norway and off the NATO ally’s shore, plus the Baltic Sea. It’s slated to involve 14,000 American troops alongside 36,000 personnel from friendly nations. More than 50 aircraft, 65 ships and 10,000 vehicles also will take part in the maneuvers, planners say.

In his news release, Carrier Strike Group 8’s commanding officer — Rear Adm. Gene Black — called the exercise “a fantastic opportunity to learn from our Allies on their home turf.”
at October 21, 2018