King of Swamp Rock Dead at 75

In Memory of Tony Joe White

King of Swamp Rock
Dead at 75
The Louisiana native died of a heart attack
at home in Leiper's Fork . 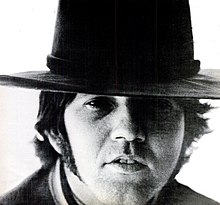 Tony Joe White was the youngest of seven children
who grew up on a cotton farm near Oak Grove, Louisiana

While He Was Well known for His
"Polk Salad Annie" Song
Many Did Not Know He Wrote
The Famous Song
"A Rainy Night in Georgia"
Which Was Beautifully Performed By
Brook Benton and Many Others!

Here's More Info About the Pokeweed Plant
Which Was a Poisonous Staple in Many Parts of the South.
Some blame The Low IQ, Poor Vision &
Other Ailments From the Ingestion of This Plant.
Poke Salad
at October 29, 2018