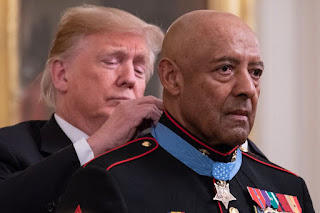 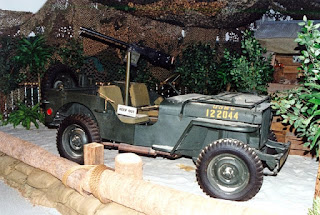 Some info and some tidbits in case your football team is not doing well.
Regards,
skip
Thanks to Adm Kerr
Skip,
Capt Connie "Doc" Ward passed away at 0200 Saturday with his family by his side at Scripps Memorial Hospital.
John
NNNNNNNNNNNNNNNNNNNNNNNNNNNNNNNNNNNNNNNNNNNNNNNNNN
Just a reminder for the Bubbas;
Tom O'Connor's service at Miramar National Cemetery is scheduled for this Wednesday, 24 October at 1100. A reception is planned afterwards in the area!
Litning

NNNNNNNNNNNNNNNNNNNNNNNNNNNNNNNNNNNNNNNNNNNNNNNNN
Thanks to Dutch R.
Amazing and just down the road
when ya gotta, ya gotta be good - thanks to JN
Second video down, few seconds of advertising first.  The guy landed on Interstate 8, which is extremely busy at anytime of the day, without scratching the paint!
https://www.nbclosangeles.com/news/california/Airplane-Lands-on-Interstate-8-San-Diego-498043921.html
NNNNNNNNNNNNNNNNNNNNNNNNNNNNNNNNNNNNNNNNNNNNNNNNNNNNNNNNNNNN
ONCE IN A WHILE, SOMETHING GOOD - GOD BLESS AMERICA
thanks to Donna – and Dutch and Dr. Rich
WONDERFUL!!!!!!
Be sure to watch full screen and Sound up high.
Then pass it on to your friends.
ONCE IN A WHILE, A FEEL GOOD MOMENT !!
https://youtu.be/CDdY46iAwHI
NNNNNNNNNNNNNNNNNNNNNNNNNNNNNNNNNNNNNNNNNNNNNN
Every Picture Tells A Story...WW-2 -- EXCEPTIONAL!!!
Thanks to Lurch and Dutch
These have to be some of the most fascinating WWII aviation pictures I've ever seen.  Taken by a Canadian RAF photographer they are mostly British and German photos with a number of American ones as well.  I learn something new every day.  I had no idea that the Brits were flying our Corsairs and so many American aircraft like the Grumman Avenger.
The one that fascinated me the most was the story and picture of "Shorty", an American only 4'10" tall who had to be a midget  What a tiger he was in a Spitfire and had to sit on two pillows to see properly.  I can't help but wonder how he reached the rudder pedals.
Be prepared to spend some time with this.
Enjoy.
http://www.vintagewings.ca/ VintageNews/Stories/tabid/116/ articleType/ArticleView/ articleId/597/Every-Picture- Tells-a-Story.aspx
NNNNNNNNNNNNNNNNNNNNNNNNNNNNNNNNNNNNNNNNNNNNNNNNNNNNN
Thanks to Carl
https://www.stripes.com/marine-warrior-receives-medal-of-honor-for-heroic-actions-in-vietnam-s-battle-of-hue-1.552240?utm_medium=email&utm_source=Stars+and+Stripes+Emails&utm_campaign=Veterans+News
Vietnam War Marine Receives Medal of Honor
President Trump presented retired Marine Corps Sgt. Maj. John L. Canley the Medal of Honor at the White House on Wednesday before a crowd of Canley's fellow Vietnam veterans and senior military and civilian officials. The Marines who fought alongside Canley in the Battle of Huế had worked for years to see him receive the award – an upgrade of the Navy Cross he was awarded in 1970. Canley, now 80, is the 300th Marine to receive the Medal of Honor. On Jan. 31, 1968, with his company commander severely wounded, then-Gunnery Sgt. Canley took control of Alpha Company, 1st Battalion, 1st Marines, as it made its way toward the besieged city of Huế in central Vietnam. For the next six days, writes Stars and Stripes, Canley would organize assaults on enemy positions, killing countless enemy fighters as his team retook buildings in the city, according to award citations. Twice he would brave fire to scale a wall in "full view of the enemy to pick up wounded Marines and carry them to safety," said the president, adding that Canley had saved at least 20 Marines' lives during the "house-to-house" fighting. Watch recorded video of the presentation.
·

Retired Marine Corps Sgt. Maj. John L. Canley was awarded the Medal of Honor for his actions in the brutal Battle of Hue during the Vietnam War. President Donald Trump presented the medal on Wednesday, Oct. 17, 2018, the 300th in the Marine Corps' history.
MICHAEL S. DARNELL/STARS AND STRIPES
NNNNNNNNNNNNNNNNNNNNNNNNNNNNNNNNNNNNNNNNNNNNNNNNNNNNNN
thanks to Shadow for this great story about a Jeep -
DUTCH…
I STUMBLED ON A 1943 ford JEEP IN Alabama some years ago.The amazing thing about it was it had zero rust or corrosion. The guy who had it had bought it from a Canadian who retired and was on the way to Florida, where he'd bought a retirement home… when the transmission went "Tetas Arribas" off I-75. He decided he didn't want to pay to have it repaired and offered to sell it to the service station owner who didn't want it. My Alabama Boy sez, 'What ya want for it"? He said, "I'll sell it for $500 dollars". Bama sez… "I only got $400 dollars on me". "SOLD"!
He towed it home and parked it in his backyard until I came along a few months later. I ended up buying some aircraft parts from him at a bargain, but more than he ever dreamed he'd get… so when I asked what he was gonna do with the jeep… he was so happy, he threw the jeep in on the deal. I had everything shipped to my hangar. My guys went nuts over it and a former Army tank mechanic (Roger Tyler, friend of Black's) came to me and said he'd overhaul the transmission for free if I bought all the parts… next thing you know it became a full blown, frame off restoration… broke it down to nuts and bolts. Bought new tires, canvass, glass, had the engine overhauled and painted it in Marine markings from WW II.
I wanted to keep it, but the Navy Museum made me an offer I couldn't refuse, so I traded it to them for one of their dioramas. Every part and piece of that jeep had a script "F" stamped on it. The legend was, when the government demanded he build some jeeps for the war effort… Henry Ford insisting that the "F" be on all Ford jeeps and parts, so they wouldn't be mistaken for the cheaper built Willys version.
Got a picture some where, I'll send it to you.
Shadow

thanks to Shadow for the photo of his Jeep -