To All,
A bit of history and some tidbits

1921—USS Olympia sails to France to bring home the Unknown Soldier from World War I. Olympia returns stateside Nov. 9, 1921.
1944—Pfc. Richard E. Kraus attempts to evacuate a wounded Marine from the front lines on Peleliu Island when he is confronted by two Japanese soldiers, one of whom threw a hand grenade at them. Hurling himself upon it, Kraus absorbs the blast, sacrificing his life to save his comrades. He was posthumously awarded the Medal of Honor.
1944—USS Samuel S. Miles (DE 183) sinks Japanese submarine I 177, 60 miles north-northeast of Angaur, Palau.
1944—USS Shelton (DE 407) is sunk by Japanese submarine off Morotai Island, Indonesia. During anti-submarine operations, USS Richard M. Rowell (DE 403) accidentally sinks USS Seawolf (SS 197), which is transporting U.S. Army personnel to the east coast of Samar. There are no survivors among the more than 100 crew and passengers.
1955—USS Saipan (CVL 48) begins disaster relief in Tampico, Mexico, rescuing people and delivering supplies after three consecutive hurricanes struck the area. Operations end Oct. 10, 1955.
1962—Sigma 7 (Mercury 8) is launched. The mission is piloted by Cmdr. Walter M. Schirra, Jr., and lasts nine hours and 13 minutes. Cmdr. Schirra makes six orbits at an altitude up to 175.8 statute miles at 17,558 mph. Recovery is conducted by USS Kearsarge (CVS 33).
This Week in American Military History:
Oct. 7, 1777:  Continental forces under the command of Gen. Horatio Gates decisively defeat British forces under Gen. John "Gentleman Johnny"
Burgoyne in the Second Battle of Saratoga (also known as the Battle of Bemis Heights).
According to the National Parks Service, "This crucial American victory renewed patriots' hopes for independence, secured essential foreign recognition and support, and forever changed the face of the world." But the war is far from over.
Oct. 7, 1780:  Three years to the day after Second Saratoga, patriot militia forces armed with rifles, knives, and tomahawks decisively defeat musket-armed Loyalist militia under the command of British Army Maj. Patrick Ferguson (who will be killed in the fighting) in the bloody Battle of King's Mountain on the N.C.-S.C. border. Among the patriots is John Crockett, father of Davy Crockett.
Oct. 7, 1918:  Nearly two weeks into the Meuse-Argonne Offensive of World War I, the U.S. Army's 82nd Division (destined to become the famed 82nd Airborne Division) battles its way toward -- and successfully relieves -- the now famous "Lost Battalion" (combined elements of three battalions of the 77th Infantry Division, which had been surrounded during a German counterattack). For days without blankets and overcoats, always running short of ammunition and medical supplies (the wounded often patched up with bloody bandages removed from the dead), and with little food and nearly no water; the "Lost Battalion" -- under the command of Maj. (future lieutenant colonel) Charles S. Whittlesey -- had refused to surrender. Responding to a German surrender-demand, Whittlesey allegedly replied, "Go to hell!" Some reports suggest he said, "Come and get us." Whittlesey and two of his officers -- Captains George McMurtry and Nelson Holderman -- will receive the Medal of Honor.
Oct. 7, 2001: Post 9/11 America goes on the offensive against terrorists when U.S. and allied forces launch a massive retaliatory air and naval strike against the Taliban and Osama bin Laden's Al Qaeda network in Afghanistan.
Oct. 8, 1918:  The day following the relief of the "Lost Battalion,"
Private First Class (future U.S. Army sergeant and future colonel in the Tennessee State Guard) Alvin C. York captures "the whole damned German Army." In the action for which he will receive both the Medal of Honor and the French Croix de Guerre, York leads a seven-man team of doughboys against a strong enemy position. The team kills at least 25 Germans and captures four officers, 128 soldiers, and over 30 machineguns. York, an expert rifleman from the Tennessee backcountry (yes, the home of John and son, Davy, Crockett), will later describe the action as something akin to a Tennessee turkey shoot: "Every time one of them raised his head, I just teched him off," he said. French Marshall Ferdinand Foch will tell York, "What you did was the greatest thing accomplished by any private soldier of all the armies of Europe."
NNNNNNNNNNNNNNNNNNNNNNNNNNNNNNNNNNNNNNNNNNNNNN
With our thanks to THE Bear at http://www.rollingthunderremembered.com/
Misty Vietnam Fast FACs – Unofficial History
October 3, 2017   Mighty Thunder
Misty Vietnam – Unofficial History 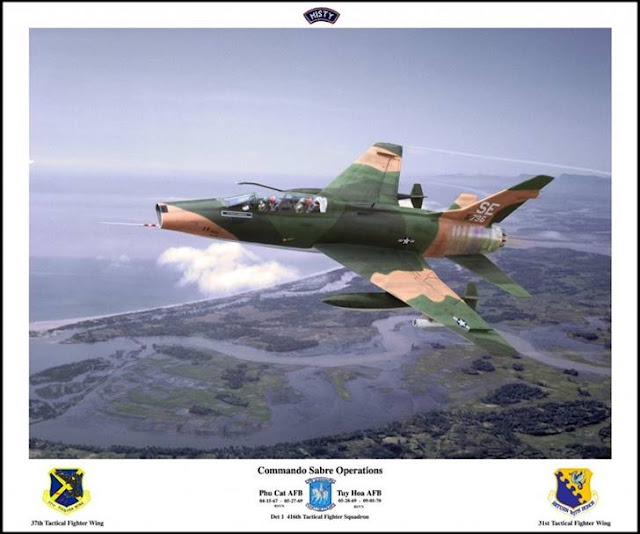