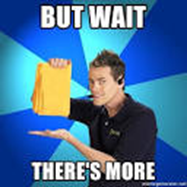 
A Very Good  Message for Today
This past week I was on a four and a half hour, nonstop flight from Seattle, Washington, to Atlanta, Georgia.

In all my years of traveling, I have learned that each time a plane has the opportunity to stop, there is potential for
unexpected challenges. Flight delays, weather and airline  crews can create unanticipated challenges on any trip.  Therefore, I always try to fly nonstop between my destinations.

About an hour into this particular flight, the Captain's voice rang over the intercom. He asked if there was a physician
or nurse on the plane. If so, he asked them to identify themselves by ringing the flight attendant call button beside their seat.

I listened carefully but heard no one ring their bell. Immediately began to wonder what was happening.

In a few minutes the Captain informed us that there was a medical emergency on board and asked again if there was a physician or a nurse who could help.

When there was no response, we were told that we were going to make an emergency stop in Denver, Colorado. He apologized but told us that there would be a medical emergency team waiting to meet us at the gate and that we would probably only be delayed by about thirty minutes.
Though it was necessary, we knew we would all be inconvenienced by the extra stop.

About half an hour later, we landed at Denver International Airport and the medical crew immediately came on board.
However, everything took longer than had previously been expected. An elderly gentleman, about 95 years old, had
suddenly taken ill. It was not clear whether he had experienced a stroke or heart attack.

Even after the gentleman was carried off of the plane, we still sat there for quite a while. The original "short" stop turned into about an hour and a half.

When we finally pushed back from the gate and were in the air, the pilot apologized profusely for the unavoidable delay. He said that since the stop had taken longer than expected, those passengers who needed to make connections in Atlanta would miss their flights but would automatically be booked on the next flight out.

You could almost hear the moans and groans throughout the airplane of everyone who was being inconvenienced by the unexpected stop. Then the pilot did one of the classiest things I have personally ever seen or heard anyone do.

He spoke into the intercom and said, "Ladies and gentlemen, I thought you might be interested in one bit of information. The elderly gentleman who was taken off the plane was a U. S. Marine in WWII. I am holding in my hand a copy of the Congressional Medal of Honor that was awarded to him and signed by President Harry Truman in 1945."

The pilot went on to say, "I realize that we have all been inconvenienced today. However, in light of the fact that this gentleman was a war hero, and was inconvenienced for four years of his life in order that we might experience the freedoms that we enjoy today, I thought you all should know that."

Immediately the airplane was filled with applause. Everyone was cheering and so pleased to know that the gentleman had been cared for in a way that was fitting and appropriate.

As we continued to fly, I thought to myself, "Isn't that interesting? We were concerned that we were inconvenienced for a couple of hours and yet, this gentleman's entire life was interrupted and inconvenienced for over four years while he went and fought in a war to protect the freedoms and values that we love and hold dear in this country today."

I breathed a prayer for the gentleman and asked God to bless him for all he had done to help us understand what freedom is all about.
"History does not entrust the care of freedom to the weak or timid." - Dwight D. Eisenhower
NNNNNNNNNNNNNNNNNNNNNNNNNNNNNNNNNNNNNNNNNNNNNNN
Thanks to Chuck
The great global warming scam is coming to an end.
https://www.iceagenow.info/headed-for-space-age-record-cold-warns-nasa-scientist/
NNNNNNNNNNNNNNNNNNNNNNNNNNNNNNNNNNNNNNNNNNNNNNNNNNNN
Howard,
Thanks for the newsy update. Trump sees a challenge, goes after it tenaciously, and WINS!!! He doesn't let what the leftist domestic enemies deter him! I sure do hope we win congress back!
Dennis
On 10/01/2018 07:58 AM, Howard Pritz wrote:
Canada, U.S. confirm new deal with Mexico updating NAFTA
By Megan Henney, Ken MartinPublished September 29, 2018
The United States and Canada confirmed Sunday they had reached a deal on a "new, modernized trade agreement," which is designed to replace the 1994 NAFTA pact.
In a joint statement the two nations said the new deal would be called the United States-Mexico-Canada Agreement (USMCA).
Canadian Prime Minister Justin Trudeau said following a cabinet meeting, "It's a good day for Canada"
Trudeau plans to address the media on the deal on Monday.
The agreements reportedly boost U.S. access to Canada's dairy market and protect Canada from possible U.S. autos tariffs.
President Trump's administration has said Canada must sign on to the text of the updated NAFTA by a midnight Sunday deadline or face exclusion from the pact. Washington has already reached a bilateral deal with Mexico, the third NAFTA member.

Trump's new strategy 'is working,' Afghan leader says
Despite seventeen years of war with no apparent victory in sight for the U.S-led effort, the chief executive of Afghanistan, Abdullah Abdullah, insists that the Trump administration's renewed approach to the stalemate conflict "is working."
"Imagine a situation without that commitment. Things would be very different. It is working," he told Fox News in an exclusive interview during last week's United Nations General Assembly (UNGA) in New York. "They announced a strategy and mobilized other countries and partners in NATO. They doubled the size of our Afghan Commandos, they've supported our Air Force -- which is important in the way of Medevacs transporting the injured. These things are going to take time, but it is working."
Most significantly, Abdullah said, is the Trump team's "conditions-based" procedure rather than the Obama administration's "time-based" plan, which entailed a 2014 draw down and has been widely condemned to have enabled the Taliban to simply regroup and wait.
******************************************************************************************************************
Isn't it nice we finally have a real businessman calling the shots that actually has "balls" and has a 'strategery' and focus. I'll forgive him his tweets if that's all he's doing that I can find fault with...even though I'm beginning to think he only does it to stir up the loony libs.
NNNNNNNNNNNNNNNNNNNNNNNNNNNNNNNNNNNNNNNNNNNNNNNNNNNN
Item Number:3 Date: 10/01/2018 CHINA - BEIJING CALLS OFF PLANNED TALKS WITH MATTIS (OCT 01/NYT)  NEW YORK TIMES -- The Chinese government has canceled an annual high-level security meeting with U.S. Defense Secretary James Mattis, reports the New York Times.   Beijing said a senior Chinese military officer would not be available to meet Mattis for the mid-October meeting, said U.S. officials on Sunday.   The decision is the latest in a series of tit-for-tat actions as relations deteriorate.   The Trump administration last week imposed sanctions on a Chinese state organization for its role in the purchase of weapons from Russia and announced the sale of US$330 million in military equipment to Taiwan, in addition to ongoing trade disputes.   China has also been irritated by U.S. military activities in the South China Sea, including B-52 bomber flights late last month
Item Number:5 Date: 10/01/2018 GERMANY - POLICE ARREST 6 ALLEGED FAR-RIGHT TERRORISTS (OCT 01/DEWELLE)  DEUTSCHE WELLE -- German police have arrested six men charged with creating a far-right terrorist group and planning attacks on migrants in eastern Germany, reports Deutsche Welle.   Around 100 officers raided several properties in Saxony and Bavaria early Monday morning as part of an investigation into the "Revolution Chemnitz" group.   The six arrested men, between the ages of 20 and 30, are suspected of forming a terrorist organization under the leadership of a 31-year-old man who was arrested last month.   The men planned to attack "foreigners" and people who did not share their political views, said Germany's state prosecutor.   The group attempted to obtain semi-automatic weapons and on Sept. 14, made a coordinated attack on foreigners in Chemnitz using glass bottles, weighted knuckle gloves and an electroshock weapon. One man was injured in the attack.   Investigators called it a "practice run" for a larger attack planned for Oct. 3
Item Number:7 Date: 10/01/2018 IRAN - IRGC LAUNCHES MISSILES AGAINST MILITANTS IN SYRIA (OCT 01/CNN)  CABLE NEWS NETWORK -- The Islamic Revolutionary Guard Corps (IRGC) says it has fired ballistic missiles against militants allegedly involved in the Sept. 22 attack on a military parade in Ahvaz in southwestern Iran, reports CNN.   Six missiles were fired from Kermanshah and hit targets in the Al Bukamal district in eastern Syria, according to the Islamic Republic News Agency, citing an IRGC statement.   Seven military drones also fired missiles at targets in the area, the statement said.   The attacks hit the headquarters of "takfiri terrorists," or Sunni extremists, according to the IRGC. Al Bukamal is one of the last Islamic State strongholds in the region.   The IRGC said that "many terrorists" were killed or injured in the strike and infrastructure and ammunition stockpiles were destroyed, reported BBC News.   A spokesman for the U.S.-led coalition against ISIS confirmed the strike and said that no coalition forces "were in danger."
Item Number:15 Date: 10/01/2018 USA - MARINE F-35B GOES DOWN IN S.C. (OCT 01/BEAUGAZ)  BEAUFORT GAZETTE -- A U.S. Marine Corps F-35B Lightning II stealth fighter jet has crashed in South Carolina, reports the Beaufort Gazette (S.C.).   The jet went down outside Marine Corps Air Station Beaufort on Friday during a training flight. The pilot ejected safely, said local police.   This was the first known crash of an F-35 during a training or operational flight, said the Pentagon, as cited by the Stars and Stripes.   MCAS Beaufort has been dealing with a number of problems with its F-35s, including a shortage of spare parts and software issues, Defense News reported earlier this year.
Item Number:16 Date: 10/01/2018 USA - NAVY AWARDS CONTRACTS FOR 10 DESTROYERS TO 2 SHIPYARDS (OCT 01/USNIN)  USNI NEWS -- The U.S. Navy has awarded contracts to Huntington Ingalls Industries and General Dynamics Bath Iron Works to build a total of 10 Arleigh Burke Flight III-class destroyers, reports USNI News.   The combined $9 billion procurement covers orders from fiscal 2018 through fiscal 2022, said a release from the Naval Sea Systems Command. The two shipbuilders have been competing for work under a five-year multi-year procurement deal.   Huntington Ingalls received a $5.1 billion deal that covers two ships in fiscal 2018, and one ship annually from fiscal 2019 to 2022.   Bath Iron Works was awarded a $3.9 billion contract for one ship per fiscal year from 2019 to 2022.   There are additional options for up to five more destroyers, Navy officials said.