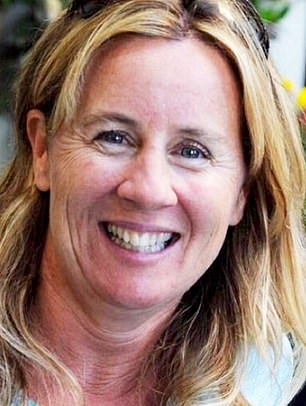 Accuser of Trump's court pick
offers statements to back accusation

WASHINGTON (Reuters) - A woman who has accused Brett Kavanaugh, President Donald Trump’s U.S. Supreme Court nominee, of sexual assault has given a Senate panel sworn statements from four people aimed at backing up her allegation, while a lawyer said he had details about a new allegation by another woman against the judge.

Lawyer Michael Avenatti said on Twitter he has submitted a sworn statement to the Senate Judiciary Committee from a woman accusing Kavanaugh of sexual misconduct. Reuters was not immediately able to verify the substance of the woman’s allegation.

Avenatti also represents adult film star Stormy Daniels, who previously filed suit against Trump to try to void a non-disclosure agreement under which the president’s former personal lawyer paid her $130,000 not to discuss her alleged relationship with Trump more than a decade ago.

Avenatti’s statements represent the latest development in the pitched battle in the U.S. Senate over whether to confirm Kavanaugh, a conservative federal appeals court judge picked by Trump in July, for a lifetime job on the top U.S. court. Three women have now accused Kavanaugh of sexual misconduct.

Lawyers for Christine Blasey Ford, who has accused Kavanaugh of a sexual assault in 1982, released signed documents from Ford’s husband, Russell Ford, and three friends. Ford and Kavanaugh are due to testify before the Judiciary Committee at a high-stakes hearing on Thursday ahead of a vote scheduled in the panel on Friday on his nomination.

The allegations against Kavanaugh have endangered his chances of confirmation in the Senate, which Trump’s fellow Republicans control by a narrow 51-49 margin. The controversy has unfolded ahead of the Nov. 6 congressional elections in which Democrats seek to take control from the Republicans.

Russell Ford said his wife shared her story during a couples therapy session in 2012.

“I remember her saying that the attacker’s name was Brett Kavanaugh, that he was a successful lawyer who had grown up in Christine’s home town, and that he was well-known in the Washington, D.C. community,” Russell Ford said.

A long-time friend, Keith Koegler, said that in 2016 Ford told her that as a high school student she was sexually assaulted by a boy who became a federal judge in Washington. Before Trump nominated Kavanaugh in July, Ford and Koegler had an email exchange in which she said she had been referring to Kavanaugh, Koegler said.

Two other friends, Adela Gildo-Mazzon and Rebecca White, said Ford had made similar remarks to them, in 2013 and 2017 respectively, describing an alleged assault by a teenager who later became a federal judge.

Ford has said she remained silent about the alleged assault for years after it occurred. The documents are intended to show committee members that Ford did discuss the incident long before contacting lawmakers in July after Trump nominated Kavanaugh.

Kavanaugh’s legal team has submitted copies of his personal calendar pages from the summer of 1982, when Ford said the alleged incident occurred.

Ford, a psychology professor at Palo Alto University in California, said in an interview published in the Washington Post last week that Kavanaugh attacked her and tried to remove her clothing when both were high school students in Maryland while he was drunk at a party when he was 17 years old and she was 15.

Another woman, Deborah Ramirez, has accused him of exposing himself during a drunken dormitory party during the 1983-84 academic year when both attended Yale University.

Kavanaugh has denied the allegations.

Senators will be keenly aware of the impact the potentially explosive hearing on Thursday could have on voters, particularly women, against a backdrop of the #MeToo movement fighting sexual harassment and assault.
TRUMP FAULTS REPUBLICANS

Trump on Wednesday faulted Republicans for not pushing the nomination through the Senate, which must confirmation Supreme Court appointments, more quickly.

“They could have pushed it through two and a half weeks ago, and you wouldn’t be talking about it right now, which is frankly what I would have preferred. But they didn’t do that,” Trump told reporters in New York, where he is attending the annual U.N. gathering of world leaders.

If the Republican-led committee approves Kavanaugh, his nomination then faces a confirmation vote in the full Senate. That vote could happen as early as Tuesday, according to senior Senate Republicans.

Kavanaugh’s attorney, Beth Wilkinson, in televised interviews on Wednesday said Ford’s declarations cited recent interactions, not discussions at the time of the alleged incident. She said Thursday’s hearing was not about Kavanaugh’s behavior as a youth.

“I don’t think there’s any dispute that he drank when he was in high school and when he was in college but that’s not the issue here,” Wilkinson told CNN.

Ramirez’s lawyer, John Clune, said in interviews on NBC and CBS that she has not been invited to speak to senators but likely would be willing to appear.

Trump, who himself faced allegations of sexual misconduct during the 2016 presidential campaign, again accused Democrats of “a con game” and praised how Republicans have handled Ford’s allegation.

Of the Democrats, Trump said, “They go into a back room and they talk with each other, and they laugh at what they’re getting away with.”

The Judiciary Committee said on Tuesday it had hired a female lawyer to question Ford on behalf of the 11 Republicans on the panel, all men. The decision drew criticism from Democrats, whose 10 committee members include four women, given that senators typically do the questioning themselves.

Rachel Mitchell, a sex crimes prosecutor from Arizona, will conduct the questioning.