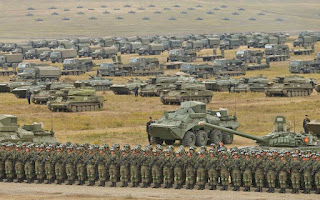 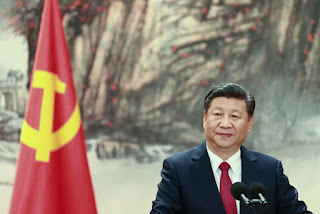 To All,
I hope that your week has started well.
Regards,
Skip
This day in Naval History
Sept. 18
1860—The sloop of war, USS Levant, sails from Hawaii for Panama. She is never seen again.  In June 1861 a mast and a part of a lower yardarm believed to be from USS Levant are found near Hilo. Spikes had been driven into the mast as if to a form a raft. Some rumors had her running aground on an uncharted reef off California; others had her defecting to the Confederacy.
1906—A Marine battalion from USS Dixie lands at Cienfuegos, Cuba to reinforce a party guarding American-owned plantations, where tensions are still high from the stalled revolution attempt from Sept. 13.
1936—Squadron 40-T, based in the Mediterranean, is established to protect U.S. interests and evacuate U.S. citizens around the Iberian Peninsula throughout the Spanish Civil War.
1941 - U.S. Navy ships escort eastbound British trans-Atlantic convoy for first time (Convoy HX-150). Although the U.S. Navy ships joined HX-150, which left port escorted by British ships on 16th, on night of 17 September, the official escort duty began on 18th.
1943—U.S. Navy aircraft perform aerial raids on the Tarawa Makin Islands, where the aerial photography taken proves to be fruitful for the oncoming invasion of the islands.
1947— Pursuant to provisions of the National Security Act of 1947 of the previous July 26, the Department of the Air Force is established.
1993—USS Gladiator (MCM 11) is commissioned at Naval Station Newport, RI. The 11th Avenger-class mine countermeasures ship is the third U.S. ship named Gladiator.
1993—USS Vella Gulf (CG 72) is commissioned. The guided-missile cruiser is the 26th in the Ticonderoga-class and the second Navy ship to be named after the famed Battle of Vella Gulf from the Solomons campaign of World War II.
2004—USS Chung Hoon (DDG 93) is commissioned. USS Chung Hoon is named in honor of Rear Adm. Gordon Pai'ea Chung-Hoon, first Asian-American Naval Academy graduate and first Asian-American flag officer. During World War II, he was in command of USS Sigsbee (DD 502) when a kamikaze crashed into her in April 1945.
2008—USNS Carl Brashear (T-AKE 7) is christened and launched at San Diego, CA. The dry cargo ship provides ammunition, food, repair, parts, stores and small quantities of fuel for the U.S. Marine Corps. The ship is named for Master Chief Carl Brashear, the first African American Master Diver in the U.S. Navy and the first amputee to be recertified as a diver after amputation.
2017—Hurricane Maria makes landfall with the Caribbean island of Dominica.  Joint Task Force-Leeward Islands (JTF-LI) was established to support relief efforts in St. Martin and Dominica as requested by the U.S. Agency for International Development's Office of U.S. Foreign Disaster Assistance (USAID/OFDA). JTF-LI with the USS Wasp (LHD 1) assisted with the evacuation of 2,073 American Citizens (AMCITs) from St. Martin and at least 178 AMCITs from Dominica. Additionally, the JTF-LI provided 83,020 gallons of potable water to St. Martin and assisted with distributing relief supplies to Dominica.
This day in Air Force History
Today, (September 18th 1947) America commemorates the  anniversary of the Air Force. Born of the revolutionary ideas of visionaries, America's Air Force was forged in 20th century combat. The occasion allows us to reflect on where we have been in a century of powered flight and five decades of space flight.
America's airmen survey the planet from airborne, space-based and cyber sensors. These airmen can cover the globe, watching, deterring and defeating enemies with speed, precision and lethality. They are equally capable of delivering humanitarian and disaster relief within hours to anyone in the world.
For the 21st century, we are again revolutionizing our Air Force by incorporating the lessons learned in a century of aerial warfare and by modernizing our force.
The nation requires an interdependent team of soldiers, sailors, airmen and Marines who can defeat a broad range of threats. Your Air Force will continue to be a vital and decisive element of that team – flying, fighting and winning.
Thanks to CHINFO
Executive Summary:
Top national news includes continued reporting of Hurricane Florence's aftermath, the Trump administration's announcement of a 10% tariff later this month on $200 billion worth of Chinese goods, and coverage of the 70th Emmy Awards.  Stars and Stripes reports that the USS Ronald Reagan and 15,000 troops are participating in Valiant Shield on Guam and the Marianas Islands.  "The Marianas Island Range Complex is a premier training environment that allows the joint force a unique opportunity to come together and train side-by-side at the high end," said Rear Adm. Daniel Dwyer.  Navy Times reports that Sailors will be able to manage their careers on their mobile devices through a new "Detailing Marketplace" system, expected mid-2019.  Additionally, Navy Times reports that the HMS Queen Elizabeth has arrived in Naval Station Norfolk, where she will conduct her first fixed wing aircraft flight operations using the F-35B.