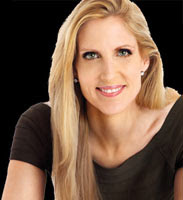 “They know the optics of 11 white men questioning Dr. Ford ... will be so harmful and so damaging to the GOP.” -- Areva Martin, CNN legal analyst

“They understand that you have all of these white men who would be questioning this woman ... the optics of it would look terrible.” -- Gloria Borger, CNN chief political analyst

“Women across this nation should be outraged at what these white men senators are doing to this woman.” -- Rep. John Garamendi, D-Calif.

“There has been some discussion of the GOP senators who happened to all be ... white men.” -- Jim Sciutto, CNN correspondent

“What troubles me is now there are ... they’re all white men.” -- Jennifer Granholm, former governor of Michigan, on CNN

”You’re seeing on display a metaphor for what this party is, which is basically ignorant white men.” -- “Morning Joe” contributor Donny Deutsch

“All these white men ... stumbling all over themselves asking her, you know, aggressive and obnoxious questions.” -- Asha Rangappa, CNN analyst

“What are those -- that collection of old white men going to do?” -- Cynthia Alksne, MSNBC contributor

“If she testifies in front of the Judiciary Committee, where 11 members are white men ...” -- Susan Del Percio, Republican political strategist, on MSNBC

“Once again, it will be all white men on the Republican side of the Judiciary Committee.” -- CNN anchor Poppy Harlow

“The optics for Republicans are going to be really tricky ... You’ve got all white men on the Republican side here ...” -- Julie Pace, Washington bureau chief for The Associated Press, on CNN

“The Republicans, it happens to be 11 white men still on that side.” -- CNN host John Berman

“The Republicans, it is 11 white men, talk to me about how you think the tone inside this hearing on Monday will be perceived?" -- Berman, a few minutes later

“On the Republican side, all 11 are white men.” -- Berman, again, same show, several minutes later

“What hasn’t changed is the number of white men questioning, certainly, on the Republican side.” -- Dana Bash, CNN chief political correspondent

“The Republican side on the Senate Judiciary Committee is all white men ...” -- Irin Carmon, senior correspondent for New York Magazine, on MSNBC

“Only this crowd of clueless old white guys ...” -- The Washington Post’s Jennifer Rubin on Twitter

Let me begin by saying these commentators are making a brilliant and totally ORIGINAL point, the plain truth of which is outshone only by, as I’ve said, its sheer no-one-has-ever-made-that-observation-before-ness.

As the Supreme Court confirmation hearing resumes this week for Judge Brett Kavanaugh, it’s clear that the Republicans are simply too white to get the job done. I suggest the Republicans sign up some outside help, the way baseball teams make late-season acquisitions of pitchers and designated hitters for the playoffs.

Some suggestions (note: not all of the following individuals are Republicans, but none has any partisan profile that I am aware of):

2. Bill Cosby (extensive, up-close experience with victims of sexual assault, albeit from a rapist’s, rather than a “rapee’s” perspective).

4. Matias Reyes (would undoubtedly throw himself into committee’s work as pleasant change of pace from prison).

5. Sorry, I don’t remember the gentleman’s name, but that guy who kidnapped and raped the Columbia student, poured bleach on her and Krazy-Glued her lips shut. (This one is sort of a "wild card," I admit; he could be absolutely great, or, judging by his history of poor impulse control, he could be too emotionally unstable to handle the committee’s important work; definitely a Person of Color, though; that I’m sure about.)

6. Alton Maddox, attorney for black youth hired by Jewish landlord to slash a model’s face because she refused to date him. Maddox pioneered novel “she’s a manipulative slut who had it coming” defense. (Close relationship with the Rev. Sharpton a definite plus.)

7. Lakireddy Bali Reddy, entrepreneurial Indian immigrant with strong experience with underage rape victims, having brought little girls to the U.S. purchased from their poverty-stricken parents in India as his private sex slaves. (His presence may bring Asha Rangappa on board.)

Seriously, if feminists want to make the point that only female senators have any business conducting these hearings, they have a logical point, albeit an idiotic one.

Of course, the last time feminists bet big on women being certain allies in the fight against misogyny, they were the women of the O.J. jury.

Still, I get the logic of demanding women interlocutors.

But what is the thinking behind snickering at “white men” judging an accusation of sexual assault? Chuck Grassley is a big rapist?

You can be for rape or against it -- I happen to be against it -- but the idea that alleged sexual assault survivors need the loving care of black, Indian or Hispanic men to judge their stories flies in the face of crime statistics from around the globe.

In the history of the world, there has never been a more pacific, less rapey creature than the white male of Western European descent.

I realize it gives The New York Times’ editorial board (recent acquisition: Sarah Jeong) warm feelings every time someone throws in the word “white” as an intensifier, denoting extra hatefulness, but really, guys, it’s getting old.

Can we please, for the love of God, drop the painfully trite, mind-numbing cliche about “white men,” as if somehow their whiteness makes evil even eviler?