August 25th...This Day in History (Now with links to other events) 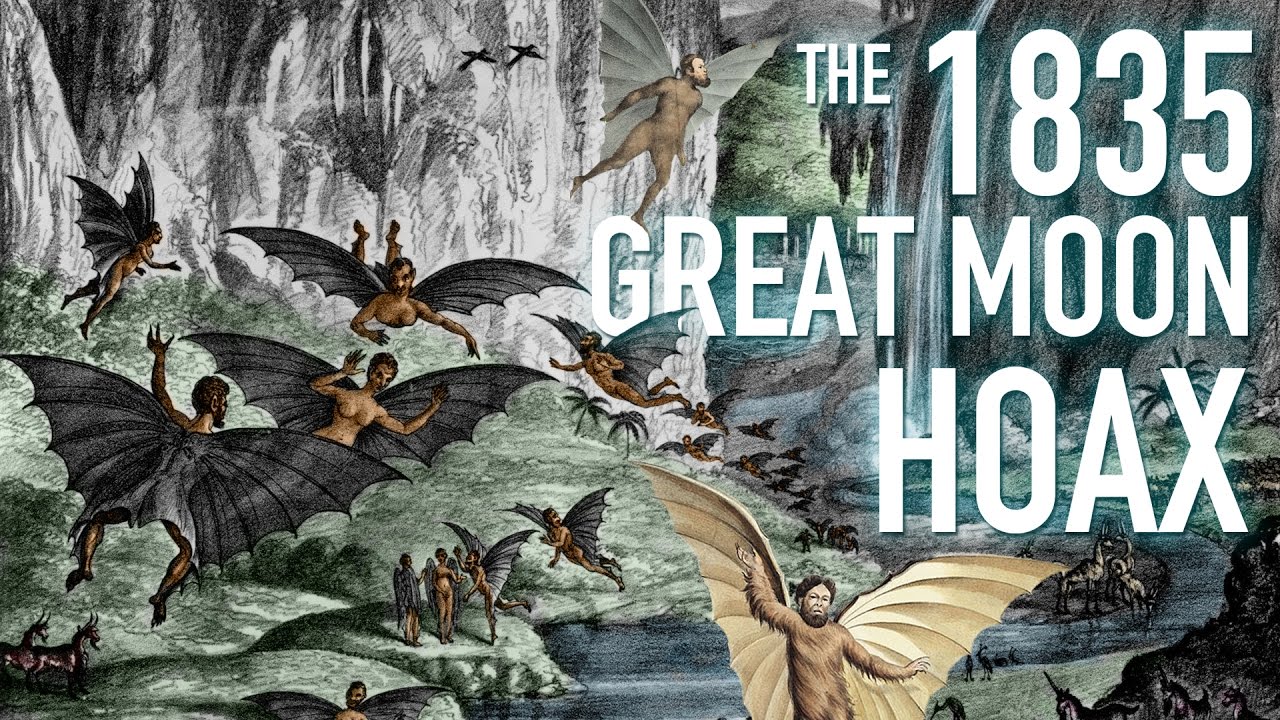 On this day in 1835, the first in a series of six articles announcing the supposed discovery of life on the moon appears in the New York Sun newspaper.
Known collectively as “The Great Moon Hoax,” the articles were supposedly reprinted from the Edinburgh Journal of Science. The byline was Dr. Andrew Grant, described as a colleague of Sir John Herschel, a famous astronomer of the day. Herschel had in fact traveled to Capetown, South Africa, in January 1834 to set up an observatory with a powerful new telescope. As Grant described it, Herschel had found evidence of life forms on the moon, including such fantastic animals as unicorns, two-legged beavers and furry, winged humanoids resembling bats. The articles also offered vivid description of the moon’s geography, complete with massive craters, enormous amethyst crystals, rushing rivers and lush vegetation.
The New York Sun, founded in 1833, was one of the new “penny press” papers that appealed to a wider audience with a cheaper price and a more narrative style of journalism. From the day the first moon hoax article was released, sales of the paper shot up considerably. It was exciting stuff, and readers lapped it up. The only problem was that none of it was true. The Edinburgh Journal of Science had stopped publication years earlier, and Grant was a fictional character. The articles were most likely written by Richard Adams Locke, a Sun reporter educated at Cambridge University. Intended as satire, they were designed to poke fun at earlier, serious speculations about extraterrestrial life, particularly those of Reverend Thomas Dick, a popular science writer who claimed in his bestselling books that the moon alone had 4.2 billion inhabitants.
Readers were completely taken in by the story, however, and failed to recognize it as satire. The craze over Herschel’s supposed discoveries even fooled a committee of Yale University scientists, who traveled to New York in search of the Edinburgh Journal articles. After Sun employees sent them back and forth between the printing and editorial offices, hoping to discourage them, the scientists returned to New Haven without realizing they had been tricked.
On September 16, 1835, the Sun admitted the articles had been a hoax. People were generally amused by the whole thing, and sales of the paper didn’t suffer. The Sun continued operation until 1950, when it merged with the New York World-Telegram. The merger folded in 1967. A new New York Sun newspaper was founded in 2002, but it has no relation to the original.