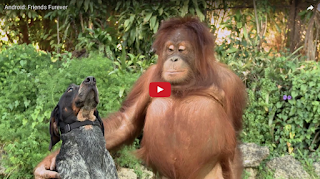 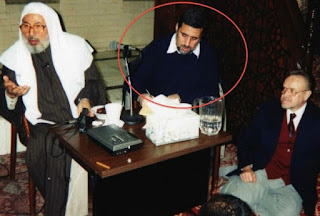 To All,
I hope you all had a great weekend.
Regards,
Skip
This Day In Naval History - June 12
1775: HMS Margaretta, commanded by Capt. James Moore, enters Machias Harbor to commandeer a load of lumber for the British Army at Boston. Jeremiah OBrien leads the crew of the American sloop, Unity, and engages the British. After an hour-long bloody struggle, the Americans defeat the British. This action is the first naval engagement of the American Revolution.
1944 - Four U.S. Carrier Groups (15 carriers) begin attack on Japanese positions in the Marianas.
1948 - The Women's Armed Forces Integration Act provides for enlistment and appointment of women in the Naval Reserve.
1970 - After earthquake in Peru, USS Guam begins 11 days of relief flights to transport medical teams and supplies, as well as rescue
1987   Reagan challenges Gorbachev to tear down the Berlin Wall »
·         Today in History June 12
NNNNNNNNNNNNNNNNNNNNNNNNNNNNNNNNNNNNNNNNNNNNN
Monday Morning Humor Thanks to Al
Submitted by David Rackow:

A firefighter was working on the engine outside the station, when he noticed a little girl nearby in a little red wagon with little ladders hung off the sides and a garden hose tightly coiled in the middle.  The girl was wearing a firefighter's helmet.  The wagon was being pulled by her dog and her cat.
The firefighter walked over to take a closer look.  "That sure is a nice fire truck," the firefighter said with admiration.
''Thanks," the girl replied.
The firefighter looked a little closer. The girl had tied the wagon to her dog's collar and to the cat's testicles.  "Little partner," the firefighter said, "I don't want to tell you how to run your rig, but if you were to tie that rope around the cat's collar, I think you could go faster."
The little girl replied thoughtfully, "You're  probably right, but then I wouldn't have a  siren."

Out of the mouths of babes…

One night Mikie's parents overheard this prayer: "Now I lay me down to rest, and hope to pass tomorrow's test, If I should die before I wake, that's one less test I have to take."

A five-year-old said grace at family dinner one night. "Dear God, thank you for these pancakes..."When he concluded, his parents asked him why he thanked God for pancakes when they were having chicken. He smiled and said, "I thought I'd see if He was paying attention tonight."

Johnny had been misbehaving and was sent to his room. After a while he emerged and informed his mother that he had thought it over and then said a prayer. "Fine," said the pleased mother. "If you ask God to help you not misbehave, He will help you." "Oh, I didn't ask Him to help me not misbehave," said Johnny. "I asked Him to help you put up with me."

A kindergarten pupil told his teacher he'd found a cat.
She asked him if it was dead or alive.
"Dead." She was informed.
"How do you know?" she asked her pupil.
"Because I pissed in its ear and it didn't move," answered the child innocently.
"You did WHAT?!?" the teacher exclaimed in surprise.
"You know," explained the boy, "I leaned over and went 'Pssst!' and it didn't move."

An exasperated mother, whose son was always getting into mischief, finally asked him, "How do you expect to get into Heaven?"
The boy thought it over and said, "Well, I'll run in and out and in and out and keep slamming the door until St. Peter says, 'For Heaven's sake, Dylan, come in or stay out!'"

One summer evening during a violent thunderstorm a mother was tucking her son into bed. She was about to turn off the light when he asked with a tremor in his voice, "Mommy, will you sleep with me tonight?"
The mother smiled and gave him a reassuring hug. "I can't dear," she said. "I have to sleep in Daddy's room."
A long silence was broken at last by his shaky little voice: "The big sissy."

When I was six months pregnant with my third child, my three year old came into the room when I was just getting ready to get into the shower.   She said, "Mommy, you are getting fat!"
I replied, "Yes, honey, remember Mommy has a baby growing in her tummy"
"I know," she replied, "but what's growing in your butt?"

One day the first grade teacher was reading the story of Chicken Little to her class. She came to the part of the story where Chicken Little tried to warn the farmer.   She read, ".... and so Chicken Little went up to the farmer and said, "The sky is falling, the sky is falling!"
The teacher paused then asked the class, "And what do you think that farmer said?"
One little girl raised her hand and said, "I think he said: 'Holy $#!t! A talking chicken!'"
The teacher was unable to teach for the next 10 minutes.

I had a drug problem when I was young.
Those drugs are still in my veins; and they affect my behavior in everything I do, say, and think. They are stronger than cocaine, crack, or heroin, and if today's children had this kind of drug problem, America might be a better place.

Melissa Davis
The threat of a hostile adversary launching an attack on the United States receded after the response to the Japanese bombing of Pearl Harbor on December 7, 1941 – a response so thorough and devastating that no doubt could be left in the mind of any enemy that America would resist any country that dared it again.
The operative word in that truth being "country," with the obvious warning being that America might, in fact, be vulnerable to a takedown by more subtle means than an outright attack by a foreign power via a traditional military attack by air and naval forces using bombs.
In fact, that more subtle – and diabolical plan was launched years ago, not by an easily identified country with a location and borders, a distinct flag, a single leader and a declaration.
It was declared quietly, secretly by a Muslim Brotherhood leader, Yusuf al-Qaradwai, who came to the United States to launch a 30-year plan to destroy America from within.
The plan is called "Murana," and is part of an overall scheme by which Muslims immigrate to countries, integrate into the society by entering the workforce, public school systems, our federal and law enforcement agencies, and key positions within our government.
This can be seen all over Europe and Britain as Muslims have become able to dictate policies in the legal system by establishing Sharia courts and even occupy positions of authority in law enforcement that allow them to conceal criminal conspiracies such as the one in Rotherham, England involving decades of sexual abuse against young girls.
In America, the mass immigration from Muslim countries to small towns and even rural areas across the country has seen a diffuse effect where communities in Iowa and Nebraska, Montana and Kentucky have large Muslim populations that no longer even pretend to want to assimilate into American culture.

Yusuf al-Qaradawi (left), Shaker Elsayed (center), and Bassam Estwani (right)
The Muslim Brotherhood's strategic "long ball" plan may have been a closely-guarded secret, but has been revealed by an FBI raid on a house in Annandale, Virginia, where agents found what amounts to a virtual blueprint for a Muslim invasion by stealth, not by force.
Part of the stealth jihad is the process of moving into communities, convincing the populace that they are friendly, peace-loving new citizens "just like Americans," while demanding accommodations that would never ordinarily be made at the workplace, in the schools, in the court system or in public.
Businesses that are forced to provide a separate prayer area and time for Muslim employees to pray several times a day would never have made that accommodation for Catholic or Jewish, Methodist or Hindu employees, but failure to do so brings immediate complaints of "Islamophobia" along with television cameras, and employers back down and give into demands rather than risk being painted as prejudice.
The threats are powerful and work as well in schools, where holiday programs – once Christmas events, then "Winter" ones to avoid offending non-Christians – are now canceled because they so upset and offend Muslims.
The argument for creating parallel systems of justice, especially in domestic cases, has made tremendous inroads in Britain, and the few instances where it has been considered in the U.S. have prompted some states to enact laws prohibiting the use of any "foreign or religious law" – such as Sharia – in their courtrooms, although some such laws have been struck down as… Islamaphobic.
President Trump's lawful use of his Article II power to protect the United States, codified in the U.S. Code which gives him sweeping power to deny entry of any immigrant he deems a threat to the safety and security of Americans, has been challenged by liberal activist federal courts and is now headed to the Supreme Court for a final ruling.
The FBI raid in Virginia has uncovered the plan to destroy America from within and convert it to part of the worldwide caliphate – a Muslim reign without borders.
The method, put into place almost thirty-years-ago can be plainly seen today – increased immigration by Muslims, the refusal to assimilate, a higher birth rate than the native-born populace, demands for accommodation in every sphere of public life, complaining of Islamophobia and victimhood, gaining leadership roles, demanding the establishment of a separate legal system of Sharia law, subverting other religions and employing something referred to as "lawfare" – the use of lawsuits or the threats of them.
A quick and simple review of today's America demonstrates how effective the plan has been – and how close the country is to becoming part of the long-dreamed-of Muslim caliphate.
Whether it falls, as Europe and Britain appear to be doing, depends on how much Americans choose to fight for their country.
Please SHARE this on Facebook. Americans need to know the truth about the war against Islamic extremism.
h/t: Freedom Daily