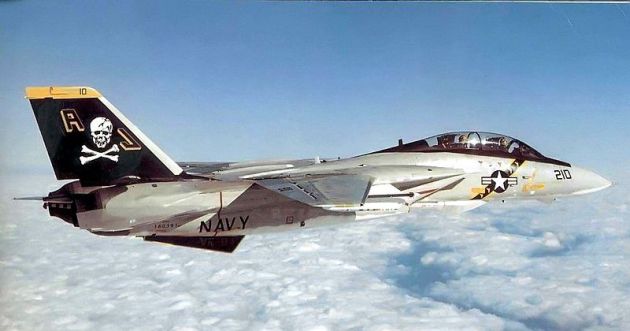 FIGHTERSWEEP STAFF
Who has not seen the hit Tom Cruise movie Top Gun? The movie captivated a generation and was all about the glory of being a Navy fighter pilot featuring the F-14 Tomcat. The Tomcat is a two seat twin engine, variable-sweep wing, carrier based aircraft capable of speeds in excess of Mach 2. The F-14 replaced the F-4 Phantom during the Vietnam war era.
The F-14 Tomcat first flew on December 21, 1970 and entered service in September 1974.
Watch an F-14 Break the Sound Barrier  https://www.youtube.com/watch?v=DHkBAj5NLqE  (11 seconds)
The Tomcat was a multi-role aircraft designed to be an air superiority fighter as well as a high speed interceptor to defend the carrier battle group from potential threats. In addition to carrying a wide variety of missiles the F-14 was also equipped with an internal 20 mm M61 Vulcan Gatling cannon to make it a more capable air combat fighter than the F-4 which did not have an internal gun.
The F-14 was a large aircraft having a wingspan of 64 feet with the wings unswept and a maximum weight in excess of 74.000 pounds. Powered by two GE F-110-GE-400 engines that created 56,000 pounds of thrust it had a ceiling of over 50,000 feet and a range of around 2000 miles.
One of the more interesting aspects of the Tomcat was its ability to carry the radar-guided AIM-54 Phoenix long-range air-to-air missile. The AIM-54 Phoenix missile system allowed the F-14 pilot to engage multiple targets at the same time.  Carrying up to six AIM-54 missiles the Tomcats radar system could track 24 simultaneous targets up to 100 nautical miles. The F-14 was the first fighter aircraft to have this type of capability and the Tomcat was the only operation platform for the Phoenix. 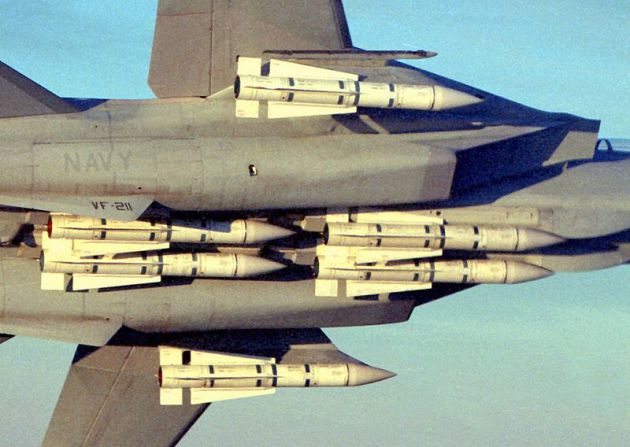 Photo of AIM-54 Phoenix Six Pack By US Navy

Each Phoenix missile weighed 1000 pounds. 13 feet long and 15 inches wide the AIM-54 carried a 135 pound high explosive warhead. While the missile worked in testing the only reported combat events ended up in failure. In 1999 three Phoenix missiles were fired from F-14s at Iraqi Mig fighters with all three failing to hit the target.  (NOTE:  While true, this comment did not need to be included in this tribute—must have been written by an Air Force type.  See: https://en.wikipedia.org/wiki/AIM-54_Phoenix )
Watch an F-14 Launch Multiple Phoenix Missiles  https://www.youtube.com/watch?v=3fNcGFNLPHE  (1:51)
On a more positive note, on January 4, 1989 while operating about 100 miles off the shores of Libya in the Gulf of Sidra the F-14 scored two Mig kills. The US carrier battle group had launched a group of A-6 Intruders with two F-14s as escort. Libya launched four Mig 23 aircraft apparently to intercept the Tomcats.
The two F-14s initially turned towards the Migs but on several occasions turned away to indicate they were not threatening them. After it became clear the Migs were not going to turn away, at a range of between 7-15 miles one of the F-14s launched two AIM-7M Sparrow radar guided missiles. Both missiles missed the Migs.
The two Migs continued their high speed approach. With about six miles between the opposing aircraft the two F-14s split apart and proceeded to take separate missile shots downing both Mig aircraft. The F-14s then returned to their ship. Reports are the two Libyan pilots were seen ejecting from their damaged aircraft.
Watch and Listen as the F-14 Pilots Shoot Down the Migs (Graphic Language)   https://www.youtube.com/watch?v=sjQeOER5I_8  (2:59) 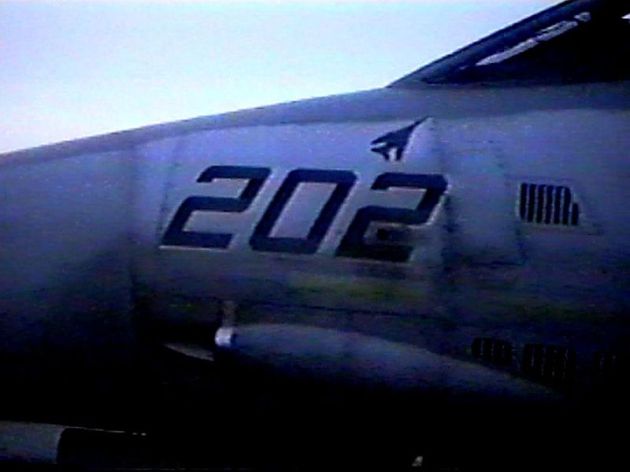 The only foreign country to purchase the Tomcat was surprisingly Iran during the Shah years. In 1974 Iran picked the F-14 over the F-15 and purchased 80 aircraft and over 400 Phoenix missiles. The Iranian F-14s have reportedly been seen flying combat escort missions on Russian bombersin Syria in 2015.  (See more below!)
The F-14 was retired from US Navy service in 2006. There were over 700 aircraft produced.
____________________________
http://www.airspacemag.com/military-aviation/persian-cats-9242012/?page=1&imw=Y
Persian Cats
How Iranian air crews, cut off from U.S. technical support, used the F-14 against Iraqi attackers.
By Tom Cooper
Air & Space Magazine - September 2006

Read more: http://www.airspacemag.com/military-aviation/persian-cats-9242012/#Tl47FEydFMsqAcLR.99
NNNNNNNNNNNNNNNNNNNNNNNNNNNNNNNNNNNNNNN
https://www.gatestoneinstitute.org/9619/political-revolution-is-brewing-in-europe
Political Revolution Is Brewing in Europe
by Geert Wilders
December 21, 2016 at 5:00 pm
NNNNNNNNNNNNNNNNNNNNNNNNNNNNNNNNNNNNNNNNNN
Thanks to Steve….I think that over the years I have used each of those tool as described and probably the last tool the most…
Man Tools!
It's important that wives, girlfriends, or whomever understand the original and main purpose of tools so that they can relate and understand why a man needs so many tools.  Christmas is coming so this list can help her choose which ones to purchase for her man..........
CIRCULAR SAW:
A portable cutting tool used to make boards too short.
BELT SANDER:
An electric sanding tool commonly used to convert minor touch-up jobs into major refinishing jobs.
WIRE WHEEL:
Cleans paint off bolts and then throws them somewhere under the workbench at the speed of light.  Also removes fingerprints and hard-earned calluses from fingers in about the time it takes one to say, 'Oh shit'. Will easily wind a tee shirt off your back.
DRILL PRESS:
A tall upright machine useful for suddenly snatching flat metal bar stock out of your hands so that it smacks you in the chest and flings your beer across the room, denting the freshly-painted project which you had carefully set in the corner where nothing could get to it.
Channel Lock pliers: