By Evan Bleier For Dailymail.com and Associated Press
Published: 22:05 EST, 9 May 2015 | Updated: 02:14 EST, 10 May 2015
Two Mississippi police officers were shot dead after they were ambushed and left wounded following a routine traffic stop on Saturday night in the town of Hattiesburg.
Officers Benjamin Deen, 34, and Liquori Tate, 25, were shot and their police cruiser was taken before they were discovered by a passerby.
Tamika Mills heard one of the officers say, 'Am I dying? I know I'm dying. Just hand me my walkie-talkie.'
Both officers were transported from the scene of the shooting to Forrest General Hospital and the county coroner confirmed their deaths.
The suspects were identified as Curtis Banks and Marvin Banks and warrants were issued for their arrests.
It is believed Marvin was taken into custody at the North Gate Inn during the extensive manhunt. 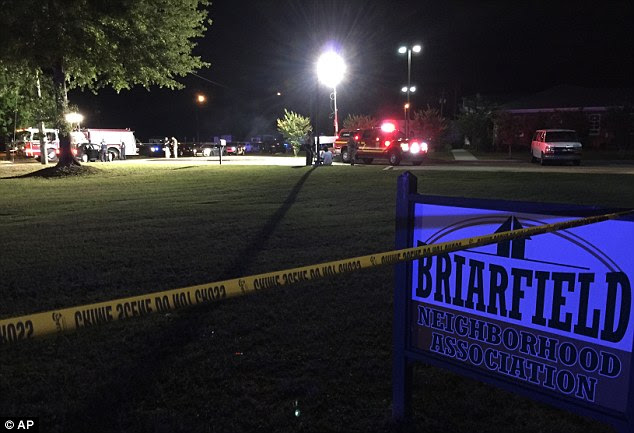 Local law enforcement officials investigating the scene of a shooting on Saturday in Hattiesburg, Mississippi

Their bodies are being sent to Jackson, which is about 90 miles away, for an autopsy.
The cruiser has since been found abandoned near the railroad tracks behind the train depot, according to WDAM.
Hattiesburg residents Mills and Pearnell Roberts discovered the two officers after they were shot and called 911, according to the Clarion-Ledger.
Mills said: 'As we were coming down Fourth Street, we noticed a bunch of lights.
'As we came on through, [Roberts] told me to turn around because she saw somebody laying on the ground.
'So I backed up. That's when we noticed the officer was down.
'I turned and I saw another officer across the street rolling on the ground.
'[Roberts] ran across the street to check on him.
'He wasn't all the way alert but he asked her, 'Am I dying? I know I'm dying. Just hand me my walkie-talkie.''
Tate graduated from the police academy in June and Deen was a decorated K9 officer.
Both suspects have criminal records for offenses within the city and are considered to be armed and dangerous.
They also both live near the scene of the shooting on Gordon Street.
Hattiesburg Mayor Johnny DuPree has asked residents to stay inside and pray for the families of the officers while the suspects are being sought.
He said: 'The men and women who go out every day to protect us, the men and woman who go out every day to make sure that we're safe, they were turned on Saturday.
'But the person or persons who did this are not safe in the city of Hattiesburg.'
Two police officers shot dead in Hattiesburg, Mississippi 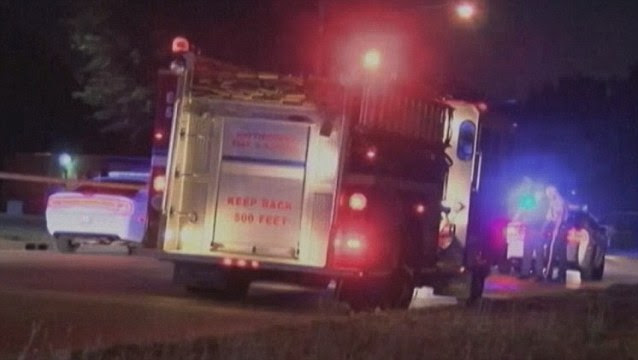 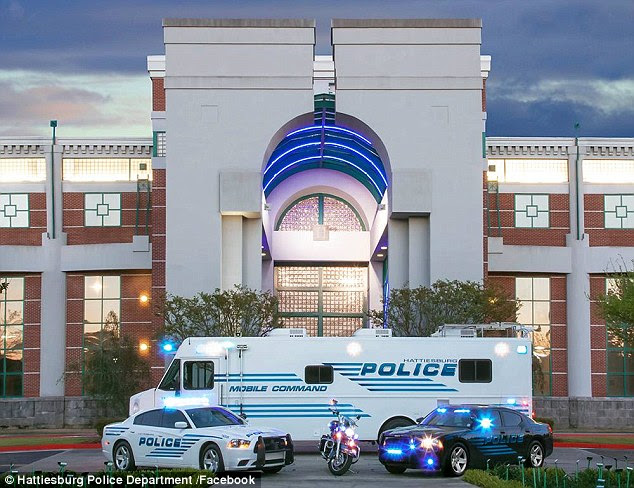 +3
Hattiesburg Mayor Johnny DuPree has asked residents to stay inside and to pray for the families of the officers
Mayor DuPree added it has been 30 years since a Hattiesburg police officer was killed in line of duty.
Jackie Dole Sherrill was killed on the job on New Year's Eve in 1984 while serving a felony warrant.
In addition to being the last officer killed in the city before Saturday night's tragedy, Sherrill was also the first woman officer to serve in Hattiesburg.
Messages of grief and support for the dead officers began flooding social media on Saturday.
Posted by Ron Ernie at 06:35